I was right in my suspicion that I would not get as much done with my europlus refurbishment this time ’round, but I am actually happy with what I got done during April (and just outside the competition deadline) given my “real life” constraints.

During April, I tested the electrolytic capacitors on all seven of my europlus AA11040C power supplies, developed my capacitors “Spec & Check” sheet for that model PSU (which was definitely not on my original April agenda), and during WOzFest PR#6, I replaced the filter capacitor on one of my PSUs and tested it in a europlus.

On 1 May local time (after “tools down”), I found some time towards the end of the day to replace the necessary filter and electrolytic capacitors on the remaining six PSUs, and all but the last one are now working.

That last one is a bit of an oddball compared to the others – it had a large filter cap (which had blown) and resistor soldered directly across the Live and Neutral pins of the power cord socket on the PSU case. It’s also the highest serial number AA11040C I have.

Subsequent discussions on the local Apple ][ enthusiasts mailing list were held regarding this apparent modification – in fact, it looks like the PSU shipped from the factory with this modification. This is consistent with several such examples owned by local enthusiasts, and the cord socket being riveted to the case as with the other PSUs (although rotated 180° compared to my other AA11040Cs).

In the longer, later Apple //e PSUs (the AA11040C was used in the plus, europlus and //e), this larger filter cap and resistor were incorporated into the main circuit board of the PSU, further strengthening the evidence the capacitor and resistor on the socket were a modification made by Apple in-factory.

The PSU should work without them (it’s not working, so will need further investigation), but I will replace the blown filter cap and the resistor (which I removed when I removed the filter cap) once I’ve got the PSU working.

Anyway, it was an instructive April for me, and I’m pleased with having six refurbished PSUs and having created the “Spec & Check” sheet – roll on the next Retrochallenge! 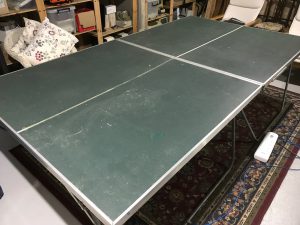 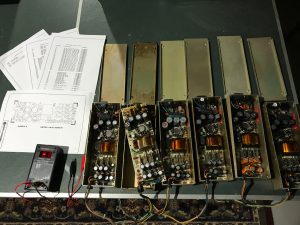 Ducks in a row! 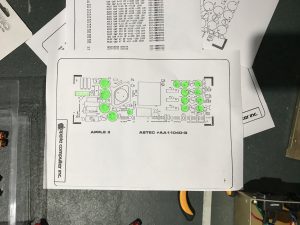 An idea starts to form… 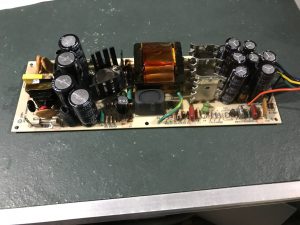 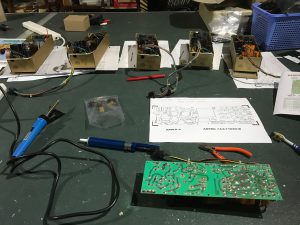