My “europlus Refurbapalooza”, whereby I’m trying to get all my europluses operational, has been the thrust of my two Retrochallenge entries in 2016/10 and 2017/04. With the vagaries of “real life” impinging more the second time around (just that time of year, I think), I’ve gotten even less done this month…but that doesn’t mean I’ve been entirely unproductive.

I’m also going to follow the general guideline to replace the C1 filter capacitor, even if the original hasn’t blown (two of the seven originals have definitely blown, and a further three or four are showing cracking in their plastic covering). I’ve bought all the replacement capacitors I need, and hope to install them all and test the PSUs during WOzFest PR#6.

While carrying out these ESR tests, I wanted a ready-reference to the capacitor specifications for determining the correct ESR value to be testing and for when I came to purchase replacement capacitors.

As a non-expert, I also wanted a reference to the position and polarity of the solder points for each capacitor on the underside of the PSU circuit board – I was testing the capacitors “in-circuit” rather than removing them for testing (while not ideal, I’m trying to keep the task manageable).

I had found online a scan of a 1982 document from Apple which provided a great start to what I wanted. It has schematics and circuit board layouts for several Apple PSUs, as well as a components list for each of the PSU models it includes.

So I decided to prepare just the sort of ready-reference I would have liked to have started with. Over several iterations to refine the design and info included, and taking input from enthusiasts with more PSU repair experience than me, (thanks Mark, Martin, Jon, Geoff and John!), I’ve created the “WOzFest Labs Apple Astec Power Supply Unit AA11040B/C Electrolytic Capacitor ‘Spec & Check’ Sheet” (it just rolls of the tongue!) – and I’m pleased to announce the release of v1.0 of this “Spec & Check” sheet for use by other enthusiasts looking to test and refurbish their AA11040B/C PSUs.

This release is the major result of my Retrochallenge 2017/04 entry and in line with WOzFest PR#6’s theme of “Preservation”.

I’ve designed the sheet so that it can be printed at 100% on A4 (297✕210mm) or US Letter (8.5″✕11″) without any information being cropped. When printed at 100%, the picture of the underside of the PSU circuit board is “life size”, so it’s easy to correlate the highlighted solder points to a physical circuit board.

The sheet can be used as a checklist of capacitors that are in or out of spec, has the maximum ESR values listed for each capacitor (as well as other specs) in both tabular and “call out” forms, and the polarity of the solder points are annotated and colour-coded.

This is only v1.0, and suggestions/corrections from other enthusiasts will be included in updates. If I’m able, I’ll also release versions for other PSU models that Apple used in Apple ][s.

This is the first resource issued under the name “WOzFest Labs”, and hopefully there’ll be many more (I’ll probably re-release my Silentype Font under that name, too). I’d be interested in collaborating on other resources, too, so hit me up if you have any ideas you”d like to work on with me.

So, other than some soldering, testing and writing a recap on my re-capping adventures, that’s pretty well it for my Retrochallenge entry this time around. I’m looking forward to getting to the meat of my europlus refurbishment – testing (and hopefully repairing) motherboards – next go ’round in October!

One of the things that came out of WOzFest /// for me was that most, if not all, of my Disk ][s were no longer operational.

Given my desire to recreate the original Apple ][ setup we had when I was a teenager, operational Disk ][s are a must. Despite my infatuation with modern solid state storage solutions for retrocomputers, there’s just nothing quite like closing that door and hearing the mechanical symphony of a Disk ][.

So, in preparation for WOzFest $04, I decided to give my five Disk ][s a bit of TLC and try and get them all working (Figure 1).

Step one is to crack them open with a view to cleaning the read/write heads and possibly lubricating the rails. Luckily, they’re pretty simple devices to get into – four screws on the underside (Figure 2) and the upper case slides off the drive mechanism, showing the bare drive mechanism and the analog card that drives it (Figure 3).

Some Disk ][s have a plate covering the read-write head – this is simply clipped into place and easy to remove (Figure 5). You can then (gently) raise the sprung component (not too high!) of the drive head (which holds the disk against the read/write head) to clean the actual read/write head itself (Figure 6).

I’m leaving the outer covers off and the analog card unsecured in the drives I’m going to be using for disk imaging – this allows easy access to the drive head for cleaning. It’s amazing how quickly gunk builds up on the read/write head. I’m using isopropyl alcohol and cotton tips to clean the heads.

Unfortunately, while working on my drives, I connected one to the interface card in the Apple ][ incorrectly – while I had it properly aligned along the length of the connector, I only plugged it into the outer row of pins, rather than to both rows (Figure 7). Snap, crackle, pop! I’d burnt out something on the drive’s analog card.

I was pretty sure the next drive I connected to the Disk ][ interface card I was using was connected correctly, but it also popped and was no longer working. I wondered if maybe something on the interface card had blown as well?

Visually, I could tell that the 74LS125 logic chips on the Disk ][ analog cards had blown (Figure 3 and Figure 8). By this point I had some confirmed working drives, so I swapped in a 74LS125 from a working drive’s analog card – the drives still didn’t work (I was using a different interface card in case the one I’d been using was also now a dud).

I was able to buy 74LS125s from my local Jaycar electronics store (for AU$1.75 each), and I bought replacement MC3470s from eBay (for about AU$2.50 each including delivery) – I bought enough of both chips to test a repaired drive with the suspect interface card. If the drive blew again I would be able to replace those two chips again.

As it turns out, that interface card didn’t blow up a repaired analog card, so I think it’s OK and I must have connected the second drive incorrectly as well. I vow: never again!

So, after all that, I now have five operational Disk ][s, and a bit more experience and confidence in doing my own retro repairs (which bodes well for my Retrochallenge entry).

Feel free to share your own Disk ][ damage and repair stories in the Comments section. 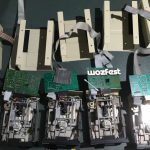 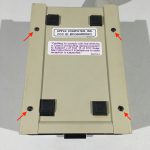 Figure 2. Disk ][ base. No pentalobe screwdriver required to crack open a Disk ][. 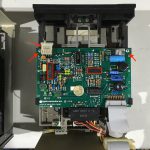 Figure 3. Disk ][ Analog Card. Two more screws and a cable will give ready access to the drive mechanism. The 74LS125 and MC3470 chips are also highlighted. 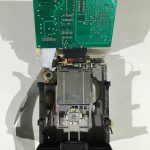 Figure 4. Disk ][ head cover. Only some Disk ][s have a cover like this over the read/write head. 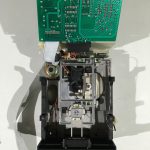 Figure 5. Disk ][ bare mechanism. The drive head is now accessible, as are the rails the mechanism travels along. 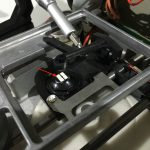 Figure 7. Don’t do this. See that row of pins? Yeah, you’re not supposed to! 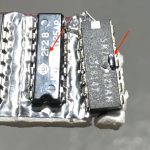